In recent weeks, as a result of the violent and abusive manner in which the Nicolás Maduro regime – under pressure from UNESCO and IUCN to act against the blatant illegal mining promoted by the same regime within Canaima National Park – decided to demonstrate its alleged commitment to end illegal mining, the Pemón indigenous people of Bolívar state have spoken out against the violent and abusive manner of their human rights with which the regime carried out its “operation” by officials of the Force National Navy and the General Directorate of Military Counter Intelligence (Dgcim) on December 8, 2018. 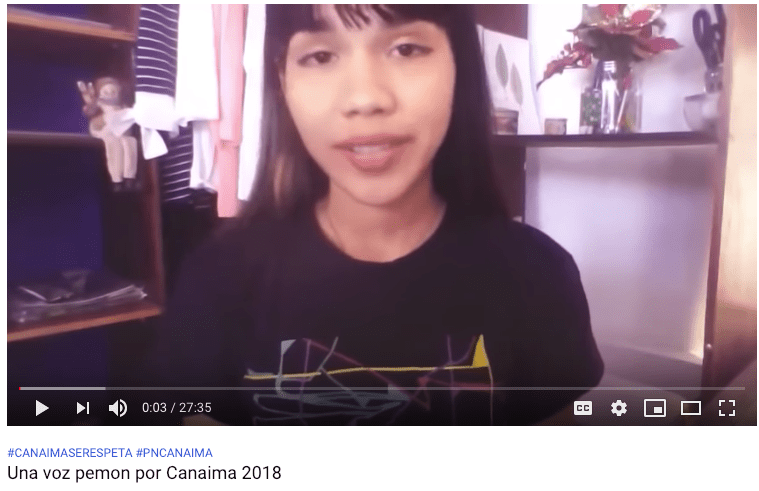 Amnesty International rejected military attacks on indigenous communities in Venezuela | Violent raid #Dic8 without prosecutors from the @MP_venezolano who did the drug regime against the Pemón in Canaima, it was an illegal operation as well as a criminal violating human rights https://t.co/WkxGaFsPoI

This is the equally absurd and criminal explanation given by Defense Minister Vladimir Padrino to justify the improvised and violent operation that ended badly for the regime:

#Video ? | Min. @Vladimirpadrino: The mafias are present (in Canaima) with their economic power and international connection, but we are not going to allow ecocide. For this we have re-launched the Tepuy Protector Plan, an initiative of comprehensive care for indigenous communities pic.twitter.com/JLjmvbaFTE

This is the absurd explanation and justification of Nicolás Maduro about the operation in Canaima that went wrong and ended with the death of one indigenous person and several injuries:

@NicolasMaduro ¿?: 1-Why don’t you talk about the ecocide in Arco Minero and illegal mining in Amazonas Ex. PN Yapacana, controlled by all its partners: the pranato and the ELN? 2-Why don’t you say that your regime controls the mercury market that poisons rivers and indigenous people? Https: //t.co/0jheQkcrRj