A National Park is a superlative, exceptional natural space that belongs to all Venezuelans, which due to its immense value, not only ecological but also symbolic, must be treated with veneration and respect, as a natural SACRED TEMPLE. Tepuis mountains are sacred and highly respected by the Pemón people, the ancestral inhabitants of Gran Sabana and Canaima.

A Natural World Heritage Site (recognized by UNESCO) is a creation of Nature that is considered one of the Planet’s most extraordinary and valuable places, therefore the country that owns it must guarantee to all of Humankind that this condition of grandeur will remain unchanged forever.

Canaima National Park, a World Natural Heritage Site, is governed by the Partial Regulations of the Organic Law for Land Use and Planning on Administration and Management of National Parks and Natural Monuments, Decree No. 276, published in the extraordinary Official Gazette of the Republic of Venezuela No. 4,016 dated 06/09/89.

Holding parties, on the summit of a tepuy, within a National Park that is the only Natural World Heritage Site that has been registered for Venezuela, violates, in addition to the philosophy and concept of such management category, the following articles of Regulation 276:

Article 19 on “Prohibited Activities” within the national parks: Because they are totally incompatible with the purpose of their creation, the following are forbidden, among others: crowds of people and any activity in densities of more than one person for every thirty (30 ) square meters, as well as the landing of civil aircraft in unauthorized areas.

Article 20 on “Restricted Activities”: Those that can be authorized provided that they do not deteriorate the landscape or natural resources and that must be subject to the limitations and conditions that INPARQUES imposes for each specific case, in order to guarantee that such deterioration does not occur; even such authorization could be conditional on the completion of a prior environmental impact study. In this article, the following activities are expressly considered “restricted”, among others: the use of aerial vehicles; overnight camping (as long as it is individually or in low densities of people) when it is done outside the sites prepared for that purpose; the generation of sounds or noise by visitors (especially outside of sites expressly zoned as a Recreation Zone or Service Zone) and that may not exceed 57 decibels (dBA) at 2 meters away from the sound source (except for 9:30 p.m. to 5 a.m., during which time the use of any source that generates such noise or sounds will be totally prohibited and people are expected to speak quietly); recreational activities (as long as it does not exceed, at the same time and place, the ratio of one person for every 30 square meters); the sale, possession and consumption of alcoholic beverages; the flight of aircraft at an altitude of less than 1,000 feet (305 meters).

Finally, the enforcement of this Regulation is the duty of the National Institute of Parks, INPARQUES, an obligation imposed by a Law approved by the Legislative Power, and therefore cannot be delegated to other agencies, authorities, or ministries.

Additionally, holding a party, wedding or private celebration, anywhere in Canaima National Park, a World Natural Heritage Site, is considered a lack of respect for the Pemón culture, since all tepuyes are considered sacred by the Pemón people.

In conclusion, a party on the top of a tepuy, is a clearly prohibited activity, which in the best of cases could be considered “restricted (in which case it must undergo a prior environmental impact study) because it is considered a massive recreation activity, which summons and brings together a large number of people in a small area (with a density of more than one person for every thirty (30) square meters), where the consumption of alcoholic beverages is distributed and promoted, under a strong noise disturbance (exceeding 57 decibels (dBA) 2 meters away from the sound source) and light disturbance, at night, that is expressly prohibited (from 9:30 p.m. to 5 a.m.), and where an overnight stay occurred in places that are not prepared for this sort of activity.

An event such as this, which is also of a private nature and has no public meaning, is not only a violation of the rule of law, but also an affront and a slap in the face to the dignity and honor of the entire Venezuelan people, especially at such a tragic moment when the country in the midst of a complex humanitarian crisis recognized by all international organizations.

Specifically, on Friday, February 4, 2022, a private party with an overnight stay was held to celebrate the 50th birthday of Rafael Oliveros, director of Grupo La Marea and general director of Camp Canaima, at the top of Kusari Tepuy (Cerro Venado), a tepuy which is right in front of the Canaima Lagoon.

Mr. Oliveros’s guests dressed in tuxedos and long dresses, all wearing athletic shoes, were taken to Canaima airport, where they boarded the luxurious helicopters for their transfer to the summit of Kusari Tepuy. Among the guests: Osmel Souza, Aura Marina Hernandez. At least 9 helicopter flights returned the guests on the morning of Saturday, February 5, 2022 between 7 and 9am.

Osmel Souza explained via his social media how the temporary camp was set up for the party: individual tents, equipped with “pajamas with name tags for each guest”.

We understand that Rafael Oliveros, as director of Camp Canaima, signed a commercial agreement with Conviasa through ConViaje, “with the purpose of promoting tourism in this location with “all-inclusive” packages.”

Mr. Oliveros says “We must believe in and push for the necessary economic transformation of Venezuela, moving from a model of an oil rentier country to a diversified economy. Tourism is a key factor for this, it is a transversal sector that touches companies and communities. Its impact is felt in many ways, for example, from the moment each visitor enters the airport until they sit down to eat in a hotel, when they visit an artisan near the area where they are staying or create jobs in a community as isolated as Canaima or Los Roques. It is a dynamic sector that must be developed intelligently and competitively.”

The type of tourism and activities that Venetur and Rafael Oliveros are promoting in national parks, moreover, in a World Heritage Site like Canaima, violates the regulations that are designed precisely to protect the ecological fragility of this unique place on the planet.

The human impact of irresponsible and prohibited activities has not only a long lasting effect, but probably one that is impossible to remedy on a human time scale. On the summit of the Kusari Tepuy, grassy vegetation grows, unique to these tabular mountains of the Guiana Shield, characterized by species of great scientific value. These grasslands grow on extremely poor and rocky soils, which makes them very sensitive and difficult to recover once impacted. They are very susceptible to fires, trampling, organic waste, and that is why any activity should be prohibited in principle.

As a member of the National Council of Productive Economy and as a representative of the tourism sector appointed by Nicolás Maduro, Mr. Oliveros should be knowledgeable about this and respect the Partial Regulation of the Organic Law for Territorial Planning on Administration and Management of National Parks and Natural Monuments, Decree No. 276, published in the extraordinary Official Gazette of the Republic of Venezuela No. 4,016 dated 06/09/89.

Venezuelan civil society has a duty to denounce and protest this type of unsustainable, irresponsible and insensitive “tourism”.

SOSOrinoco, continuing with its mission of documenting and denouncing the abuses against the ecological heritage of the country, perpetrated both by illegal mining and by illegal and unsustainable tourist activities, will inform the UNESCO and IUCN authorities about this new abuse of the Heritage Site World. 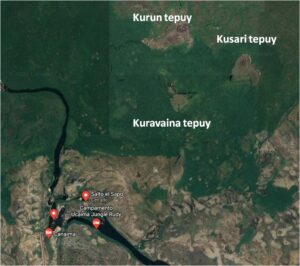 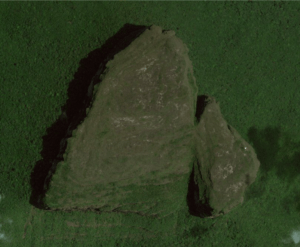 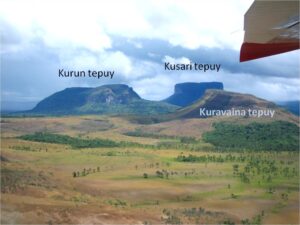 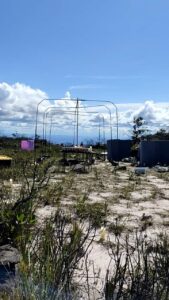 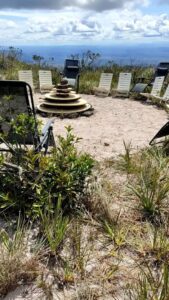 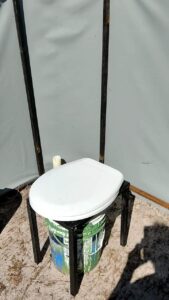